I Dream of Hobbit!


When I work up I was still in shock! What a horrible dream it was. I checked the date on my phone and then felt the relief. I still had a little more than two months on hand. What did I dream you ask? I know, I know it’s in the title, but I can still pretend that you guys don’t know the subject of my dream right? 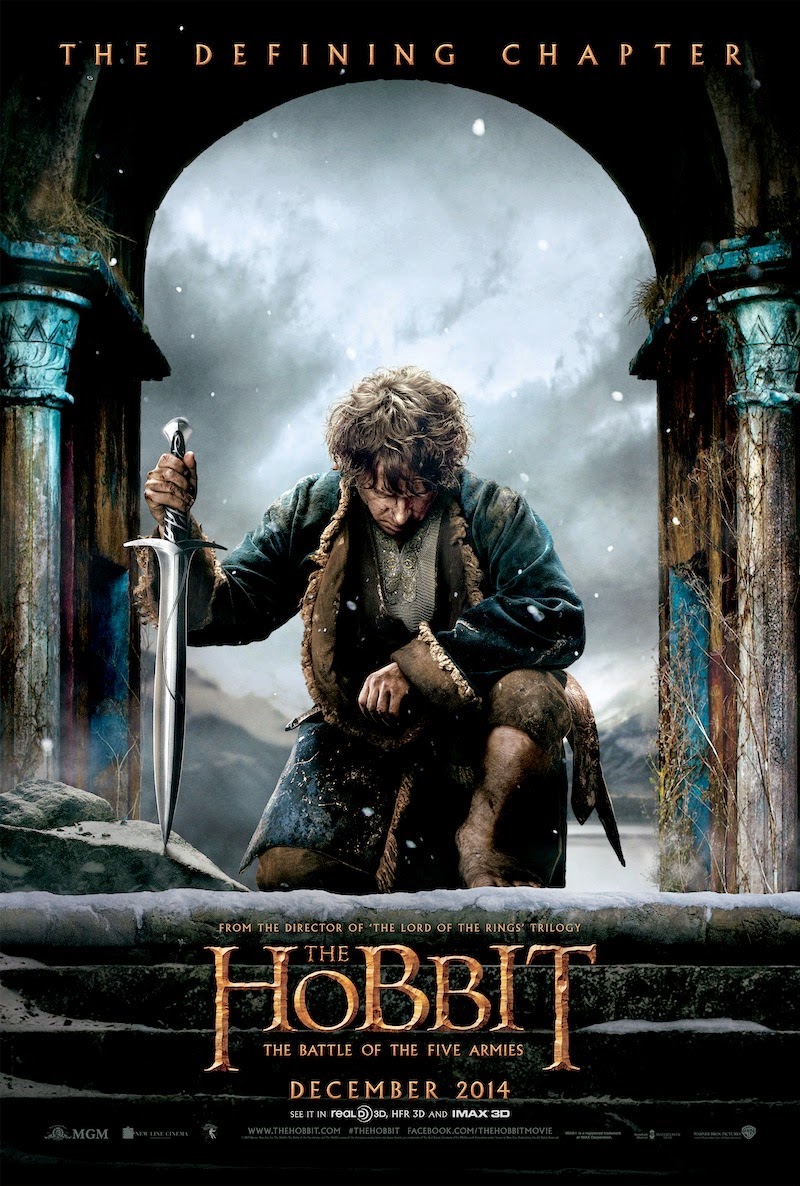 Okay, I dreamt that I woke up and found out that The Hobbit – The Battle of The Five Armies had already been released…. A month ago! And here I was with all the world talking about how great the movie was and how touching was its ending and so on. And everybody was sporting some or the other The Hobbit merchandise and people everywhere were quoting dialogues from the movie! Amidst all of it I was the only person who hadn’t seen the movie. I felt so devastated. I went online to book a movie ticket, but the movie was already gone from the theaters. There was a worldwide Hobbit mania going on and I was the only one who had been living under a rock!

Waking up is the best thing that happened to me. Upon waking there were two things I realized. First that I am a major Tolkien fan (duh!), and another that like everyone else I too do not like it when left out of something. It feels bad when a group of people know something that you don’t. And it is nothing short of a blow to the confidence when all the people everywhere around you are in on a joke and you just stand there not knowing what happened. This inherent need of the human mind to know or have what everyone else does is what makes each and everyone of us to be a part of the ‘herd’.

We all claim to be wanting to be different, but we still want a group of people who are as different (or as similar) as we are. We all  preach that just because the rest are doing it doesn't mean we too must, but we still feel bad when we are the last person to know the latest Bollywood hit song. This need to be able to identify with the rest of the crowd makes us not only 'social animals' but also 'jealous animals'. Because when I don't have something that everyone else seems to have, I feel its unfair and my anger is mingled with jealousy. So often we confuse feeling of jealousy as a feeling of being treated with partiality. When we see a classmate receiving a higher paycheck we call life unfair, and when we see our neighbors driving a better car, we say its too much of a good thing and the neighbors will come to a bitter end.

Most of us assume and even fool ourselves as trying to be better at something, when all we are trying to do is be better than someone else. What we fail to realize in this endless game of bettering someone else is that its a never ending cycle. However fair you get, there will always be someone who's got skin lighter than you, however thin you get there will always be someone thinner than you. You get the best car in the world, next year they will come out with a newer and better model.

I'm not saying ambition is bad, but if it involves being better than everybody, all you'll get is disappointment. Because even if I see The Hobbit in first day first show, there will always be someone who's seen it before me!

Do let me know below in the comments, do you feel bad when you are left out? Are you jealous when all your friends have the latest smart phone and you don't? Oh and also let me whether you are counting down for the next Hobbit movie!
Posted by Unknown at 9:00 PM No comments:

Email ThisBlogThis!Share to TwitterShare to FacebookShare to Pinterest
Labels: social animal, the battle of the five armies, the hobbit, the hobbit release, tolkien fan

Because no one else is quoting my quotes I thought I'd quote them myself! ;)

All this hullabaloo about the white tiger killing a boy who fell into the tiger's enclosure made me wonder about so many things.

What do you think about this whole affair? And whom do you thing was responsible? Do let me know in the comments below!

The Spider and the Wall

Once upon a time there was spider. Lets call him Silly. Now one day, Silly the spider fell from his web, down on the floor. So Silly crawled towards the nearest wall and started climbing it.

Silly must have just gotten some two feet above when he missed a step(well spiders have 8 legs, one of them is bound to go wrong!) and fell back down again. But Silly was not in the least perturbed by his fall, he began his endeavor all over again. And this time Silly managed to go beyond 5 feet and he could see his web glistening. Eagerly he sped his way up, little aware of another drop waiting him. And drop he did. This drop left him disoriented but not disheartened. And again he began his arduous labor. Each time he fell and each time he tried again, till it was 99 times that the spider had failed his climb.

When Silly started his 100th attempt, he was extremely hopeful, since one of his ancestors had been successful the 100th time. And this time the spider climbed with determination, strength and most importantly HOPE! Before Silly knew it, he was already half way up the wall feeling exhilarated. But as fate would have it, he fell yet again. Crestfallen and beaten the spider just lay on the ground wondering why didn't his efforts succeed.

And while he lay there, his eyes fell on the adjoining wall. This wall too provided support to his web, since his web was built in a corner made by these two walls. Slowly the tired spider got up, and crept near the wall. A little reluctantly he began to climb it. He found something different in this wall. This wall was easier to climb, his legs were sticking well on its surface. Silly began his ascent more confidently and with new found rigor. And sometime later he was back in this web; happy, content and full of knowledge (knowledge at least about the walls.).

So many times in life we try to climb walls that were never meant for us.

After a very long time, I woke up at the first light of the day without the assistance of my alarm or my mom waking me up! Okay, maybe not the first light, more like the second or the third light!!! Anyways, I woke up before the sunrise, and what a wonderful feeling it was.

Looking out the window, I could see the light creeping up upon a sleepy world, and that's when I decided to catch the sunrise. So I tip toed out to my balcony and peered outside, directing my gaze towards the East. And all I saw was Neem leaves! A Neem tree was blocking my view. Not being the one to be easily disheartened I ran up a flight of stairs to go to my terrace. And again,  I expectantly looked towards the East. And what do I see? A bunch of buildings!

I came back downstairs and enjoyed the fresh morning air (I live in one of those cities where we still get fresh morning air!) and wondered where the hell did my sunrise disappear. Its seems just a few years ago, all that I had to do to catch the sun rise was look towards the East from my terrace and I'd be greeted with a reddish yellow orb on the horizon.

Now the only sunrise I see is on my iPhone Weather app. So now if I wanna see a real sunrise I will probably have to pay some bucks, go to a specific place, find a sunrise spot and reach there on time! Whatever happened to simple old sunrises from the comfort of your balcony...

PS: I'm glad that towards the west of my house, all that we've got are long green fields and I still have mesmerizing sunsets at my disposal.
Posted by Unknown at 9:00 PM No comments:

Posted by Unknown at 5:49 PM No comments:

Once upon a time there were two sisters, Helta and Skelta. They had the most active minds of any time. There wasn't a single thought, word or action that could escape the endless loop of their minds. Helta made sure nothing ever came out from the state of constant confusion and Skelta did her best to keep everything under endless misdirection. They lived in a far off end in a dark damp cave.

Many brave men and women who had the misfortunes of crossing the sisters' cave had fallen under their spell and met dirty ends. In a village near by stayed an old lady, who was aware of what happened to all those who had tried to cross the cursed cave. She would try to stop them, her own villagers as well as some travelers from going by that route, but all of them regarded her as a crazy old lady and would not give heed to her words.

So the old lady decided to give the task to her grandson Steady Heady. Steady was a good boy and did his grandmother's bidding. He would stand at the start of the road leading towards the cave and try to warn and reason with each passerby. Some heard him, some did not. But atleast he had more success that grandma Farsight!

Even today the cage lies at the end of Sanity, and many a times the sisters Helta and Skelta get some really juicy victims.
Posted by Unknown at 2:00 PM No comments: